We take great pride in the fact that the first national convention was held in Pittsburgh on February 22, 1856. Later, party delegates held their first nominating convention at Philadelphia’s Musical Fund Hall on June 17, 1856. Two years later, on September 5, 1858, Pennsylvania’s Republican Clubs met in Pittsburgh to form the state Republican Party.

Of the 65 counties in the Commonwealth at that time, 64 were represented at the Pittsburgh Convention. David Wilmot served as the first Chairman of the Republican Party. In October of 1858, the Republican Party elected their first statewide official, John M. Reid, to the Supreme Court.

In 1860, the Republican Party elected Samuel Curtin to the Governor’s office and gained control of the state Senate — which they did not relinquish for 30 years.

In 1959, George I. Bloom turned the Republican Party into a statewide organization with a new permanent headquarters in Harrisburg.

In March of 2010, our Party was excited to return our statewide operations to the state-of-the-art Shaner Republican Center at 112 State Street, Harrisburg, PA 17101. This was a complete renovation that took a great deal of effort and resources to complete.

Click here to donate and support the Shaner Center. 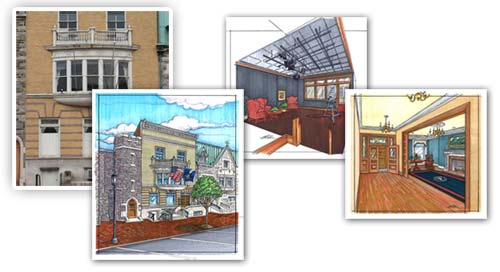