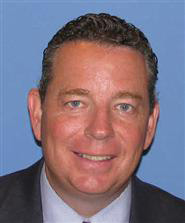 Stay Up-To-Date With The PA GOP

Stay Up-To-Date With The PA GOP